Evan's graduation party was over the weekend & everything went perfectly! I was really looking forward to this day just because I knew I would get to spend a lot of time with my family & I must admit, I do love planning for/setting up events like this. We got to the hall on Friday night to decorate and then we all went to Max & Erma's to eat. Evan's good friend Seth & his family came with us and it was a really awesome time. My dad and Seth's sister had everyone cracking up with their stories.

Evan kept saying how he only wanted a "small family party", but I think at the end of the day he was really happy with the way everything turned out. Between all of his friends being there and some family members that we hadn't seen in awhile, it was really great to see him just kind of in the spotlight for a day since he's not typically one to put himself center stage. 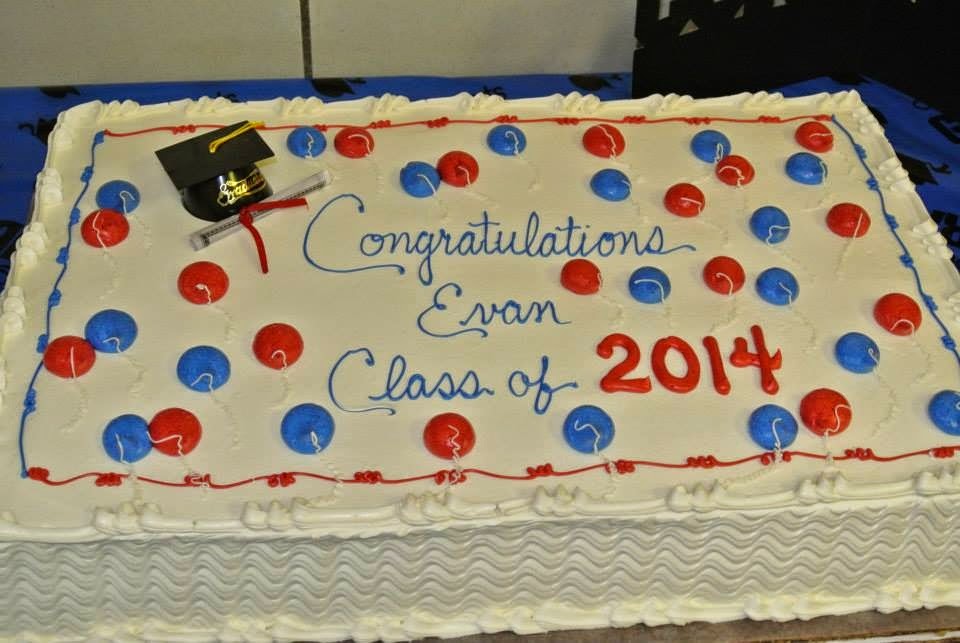 The giant 50 lb. cake! Thank God Jim & my dad went to get this thing and not me and my aunt like originally planned. We probably would have dropped it all over the sidewalk! 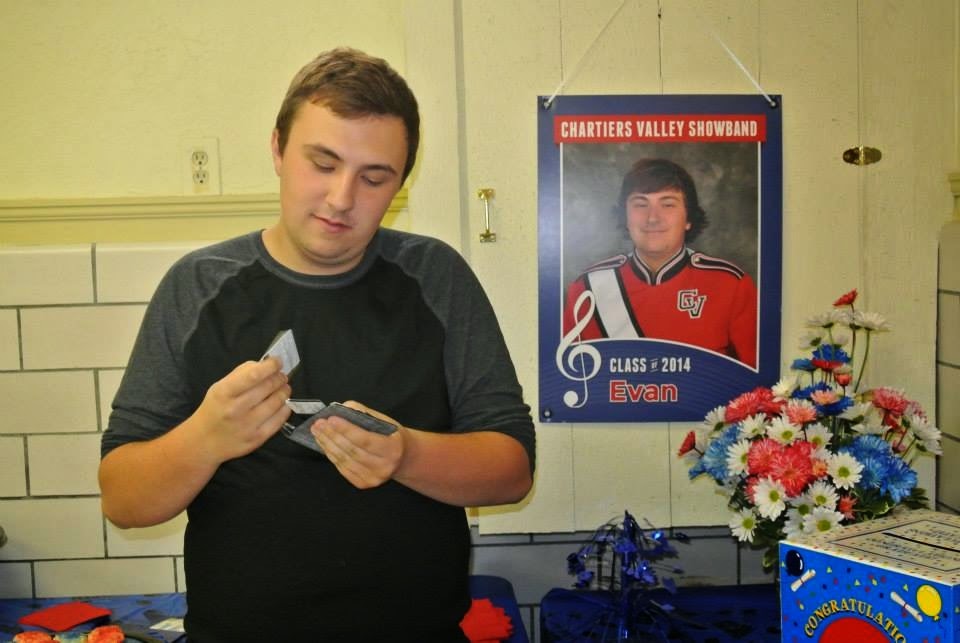 Being photo-bombed by himself waiting for the party to start. 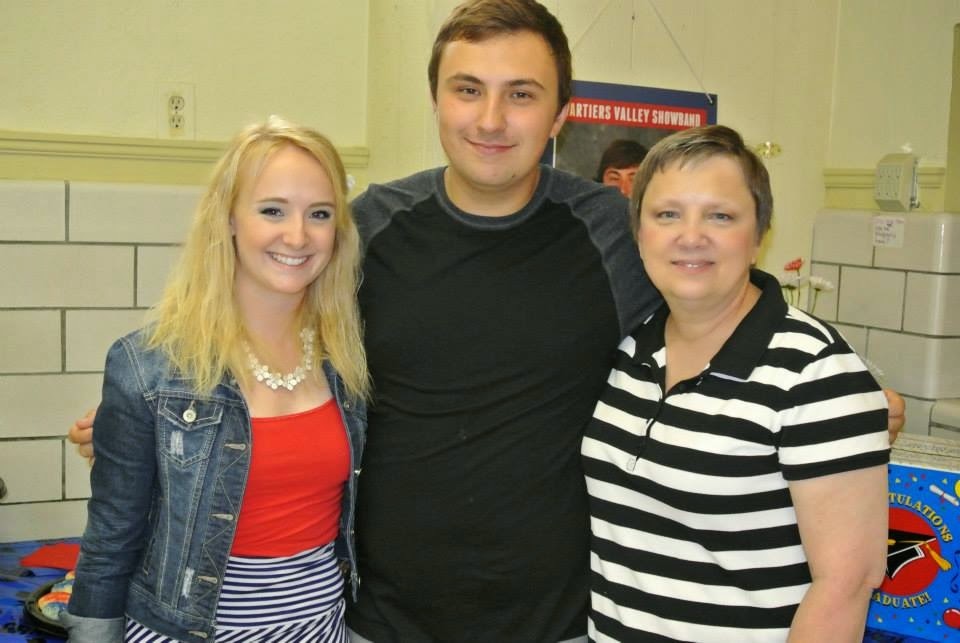 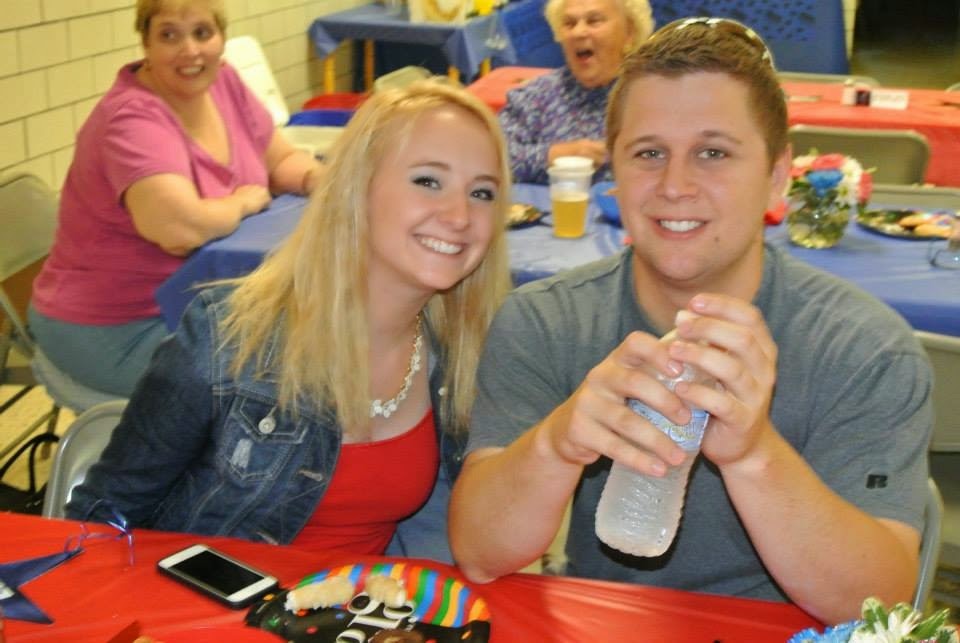 Jim & I hanging out during the party

There was one factor that emerged as extremely disappointing during the day, but I won't talk about that just because my goal is to focus on the positives. Mainly it stems from people just not making an effort, but that's no fault of anyone who was in attendance. Personally, I was honored to be able to play such a big role in the planning and preparation for Evan's party and I wouldn't have had it any other way. I've always viewed him as one of the most important people in my life & I'll always be willing to go out of my way for him when he needs it. I'm extremely proud of him and how level-headed he is, and I really hope that his ventures in welding school go exactly as planned. I want nothing more than for him to succeed & I look forward to celebrating his accomplishments down the road.

However, I really will miss watching him and his amazing marching band friends do their thing every Friday night in the Fall. It's been a fun ride, though.